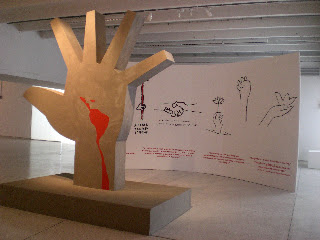 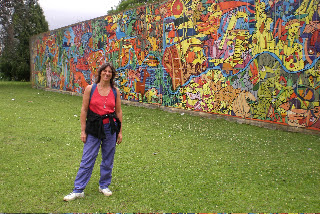 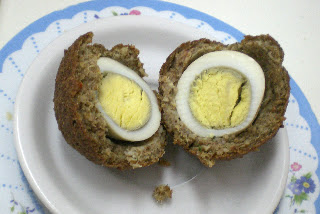 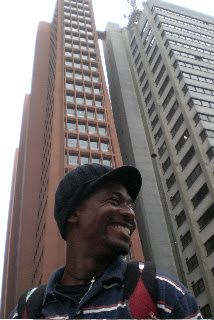 Life hasn't been this good since my laptop died. We went to the authorized Apple Service Center (yes, there is a God) here in Curitiba, Brazil yesterday, and the very friendly, English-speaking technician explained that my hard drive was rusty. I promised him I hadn't taken it swimming with me. He cleaned it up so I could use it for a week while we wait for a new hard drive to arrive. He's also ordered a new top and bottom, all free under warranty, so soon I'll have a like-new MacBook, with all my files transferred over. Luckily I had backed up most of my files to a portable 160 GB drive anyway.

The Uruguay visa seems to be in the bag for Andre. My friend Gabriel wrote a very official letter of invitation, complete with his birthdate, passport number, name of university where he's studying in Montevideo, list of attractions, and mentioned that he's familiar with my rental properties and knows we can support ourselves during our travels. Go Gabriel! The visa should be ready within 2 weeks at the Brazil-Uruguay border town of Chuy. Chuy is a nickname for Jesus in Mexico, so thank you, Chuy, for all the good luck we've had lately.

I think my laptop saved my relationship with Andre too. He's more of a homebody than I am, so I was feeling trapped and restless in the hotel room whenever he wanted to rest or watch TV. Now I'm merrily working on photos, writing, and listening to music with headphones. If only we had wireless in our hotel room I'd never want to leave. Then again, that might not be such a good idea.

Yesterday we rode the tourist bus again that does a 2-hour loop around Curitiba along the most scenic route and stops at the major attractions. We visited the fabulous Oscar Niemeyer Museum, designed by famous Brazilian architect Neimeyer who introduced curves to public buildings. We had planned to visit the Botanic Garden also, but it started raining before we got there. Poor Andre, thinks we took a wrong turn and ended up at Antarctica. We had to buy him a jacket in Sao Paulo, probably the first of his life. This is good training for both Vancouver and Santa Cruz. Meanwhile, I'm enjoying the break from non-stop sweating. As Andre pointed out, you can wear your clothes longer without washing them so often. I was changing clothes 3 times a day in Santo Domingo, 4x when we played racquetball. Unfortunately, no one's heard of the sport in Curibita. There's racquetball in Sao Paulo, but it was too big and intimidating to find the courts.

I haven't been taking many photographs, but Andre's going crazy. Curitiba feels like home because the people look American, put garbage in trash containers, ride buses that arrive on time, and there's 24-hours a day electricity. To Andre, it's all so exotic. I don't think he's ever seen so many white people -- mostly German and Italian ancestry in this area -- and he's photographing every building over 10 stories high. I think the clean streets are shocking to him as well. Like in Sao Paulo, they have clean-up crews in orange jump suits that seem to work round-the-clock. I love the mosaic sidewalks which are currently being repaired. I wonder how often they have to do that.

I also appreciate the cheaper prices. Haiti and Dominican Republic are third world, but the cost of living matches California, even though the workers are paid peanuts. Here we have a nice hotel room for $35 a night and a restaurant meal (many of which are buffets that charge per kilo) is about $5. Bus fare is about $1, but mostly we're walking everywhere. They have a terrific historic district which has been beautifully renovated. Andre says he'd like to live in Curitiba. But then again, that's what he said in Sao Paulo.
Posted by Carole Chelsea George at 5:57 AM