Posted by Carole Chelsea George at 7:30 AM No comments:

The Philippines: Day trip to some caves and a volcano

Kyla's teacher, Mrs. Celia Batalla, invited us to make a day trip to Legazpi to see Mayon Volcano, the most photographed site in the Philippines. She's only been driving for three years, so she wanted me to hire a driver. We went to Mrs. Batalla's "ancestral home" where her older sister (one year younger than me) and her husband lives. They have 14 children and 55 grandchildren "so far." One of her sons agreed to drive us and off we went. He was a good driver, good at weaving around the motor-tricycles, and cautious too.

I suggested we stop at the Hoyop-Hoyopan Caves on the way. Unfortunately, Sherry Ann's daughters took one look at the entrance to the caves and said no way, so their grandma had to wait outside with them while the teacher, her nephew and I went on the guided tour. Our guide spoke good English, had been doing it since he was 10 years old. He's 30 now, so do the math. He said the caves were "discovered" during WWII when guerrillas used them as a hiding place. I would say "rediscovered" because he also said that archaeologists found fossilized human remains dating thousands of year. It appears ancient people used the caves as a burial ground.

Mayon Volcano was mostly obscured by clouds -- although the next day I met an English pair who each had a terrific photo of the volcano taken that same morning. I snapped a few pix, but none of them was very good. We stopped at a very touristy remains of Casgawa Ruins and had lunch, then wandered around the crumbled church. In 1814, nearly 200 years ago, when Mt. Mayon was erupting, as it often does, the villagers ran to take shelter in the church. Unfortunately, the lava flowed right over the church, destroying it and killing hundreds of people inside. But like the guide book says, this is far from a quiet memorial. The hawkers and vendors are everywhere.

By then it was 3:00. My friends dropped me off at the bus station for Sorsogon, then they headed back to Naga City. 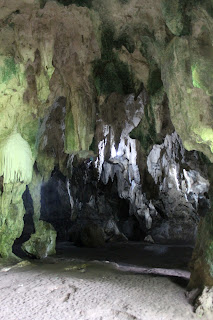 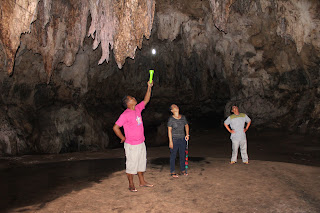 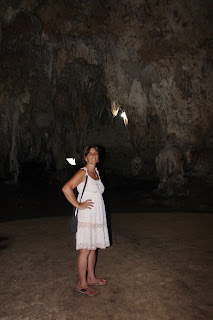 Posted by Carole Chelsea George at 8:26 PM No comments: 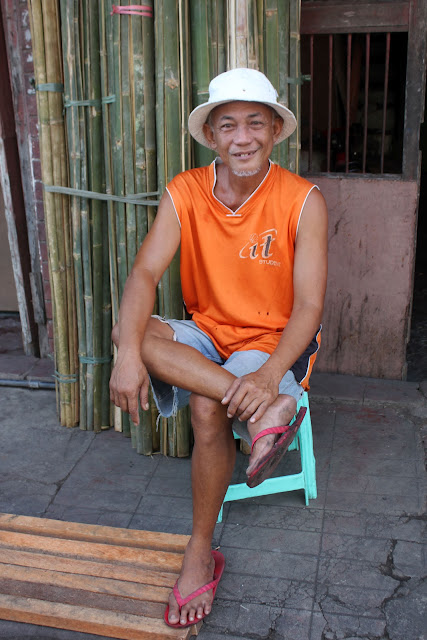 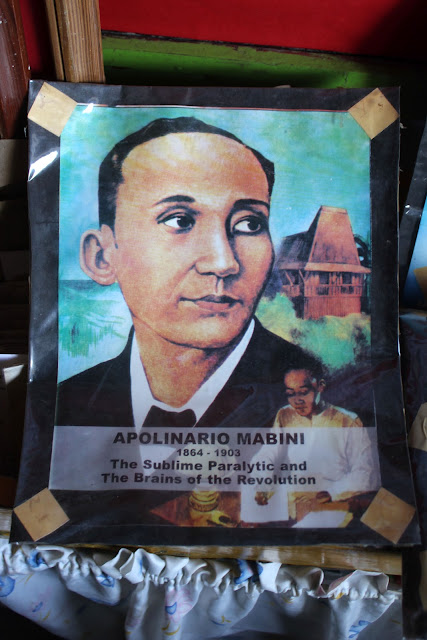 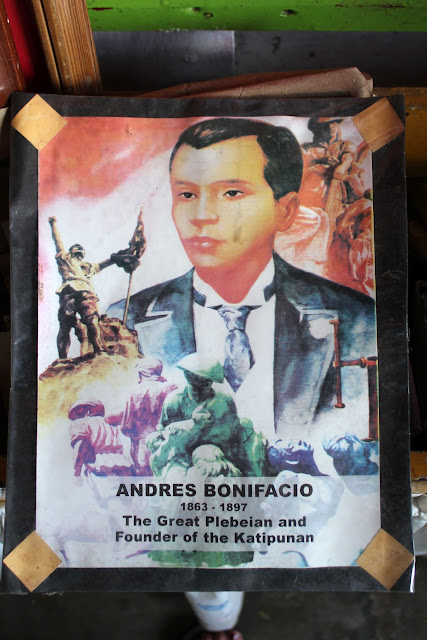 Posted by Carole Chelsea George at 6:51 AM No comments: