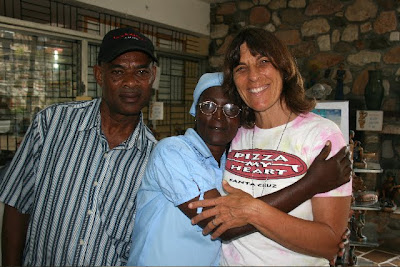 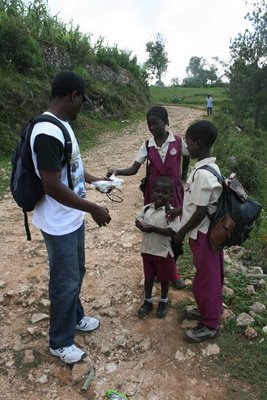 Originally, Andre's family was thinking to rebuild on his grandfather's land in Duval, but for several reasons they prefer Athis. First of all, Duval is even farther from the Route de Kenscoff. Secondly, the mountain road ends before you get to Duval so you have to travel the last mile by foot, making it harder to bring in building materials. Also, there is electricity in Athis, but not in Duval, so the quality of life (and value of the house) would be more in Athis. And the latest reason is that they've heard there was earthquake damage in Duval and very little in Athis. If his family is leaving Port-au-Prince to avoid damage from earthquakes in the future, they want to rebuild in an area that wasn't affected.
Posted by Carole Chelsea George at 10:39 PM No comments: 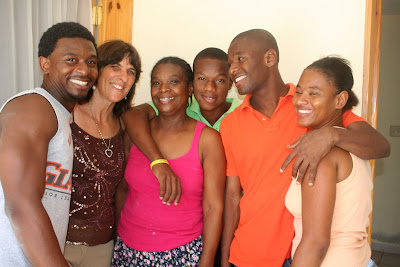 We asked about the relief efforts. They told us there is an American base about a half mile from them, but there were so many people that they had to fight just to get a bottle of water and cookies. Even though the stores have been destroyed, little by little there are more street vendors with food for sale. So Andre's family prefers to buy what they need, even though the prices have doubled and tripled. The money we've sent them has been used up quickly because of inflated prices and because they've been sharing with his aunts, uncles and cousins. I don't know if other relatives are planning to go back to the mountain villages or stay in Port-au-Prince. I'm glad that Andre's family wants to leave the capitol. I don't think it's going to be a nice place to live for many years to come. Not that it was that great even before the earthquake. I've always preferred the mountain villages.
Posted by Carole Chelsea George at 10:38 PM No comments: 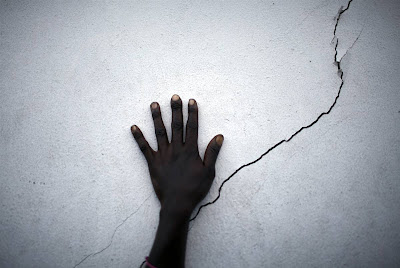 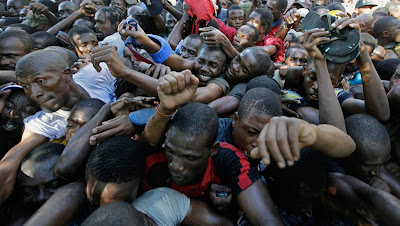 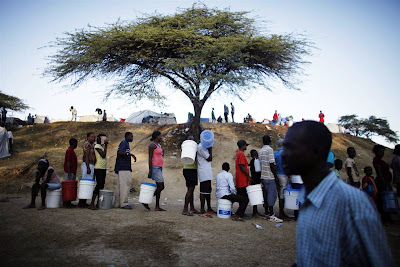 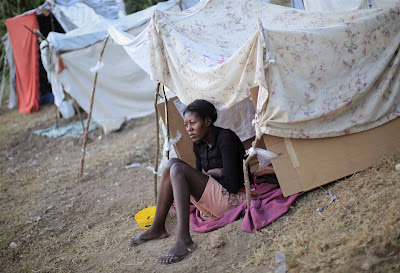 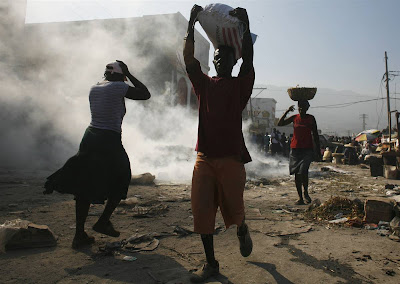 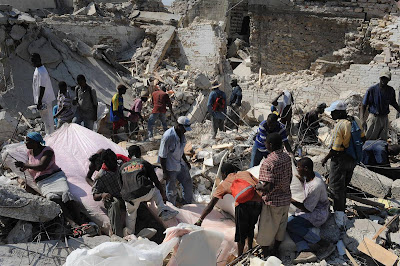 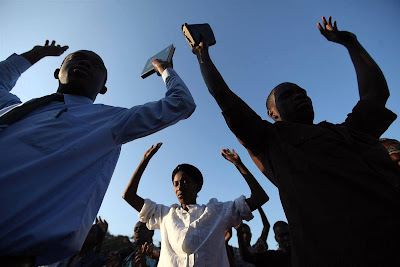 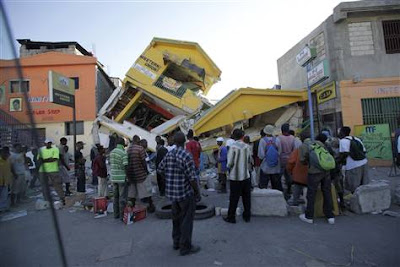 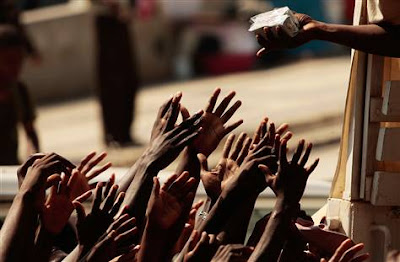 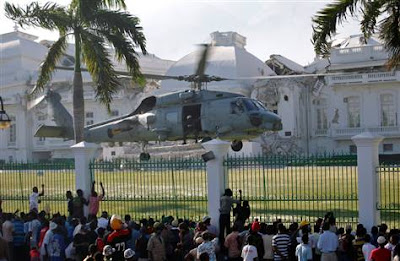 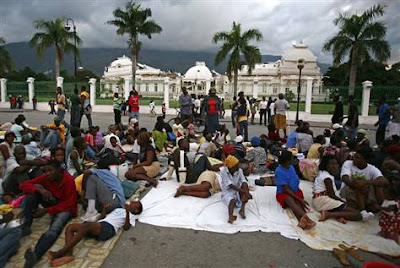 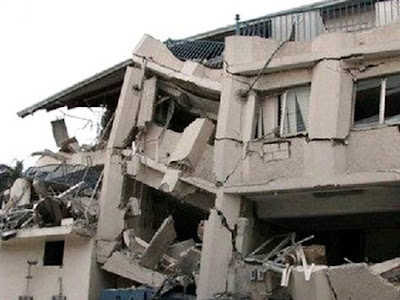 Posted by Carole Chelsea George at 8:00 PM No comments: