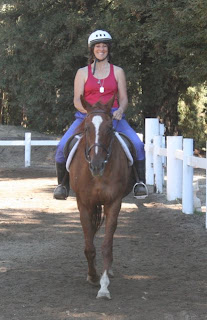 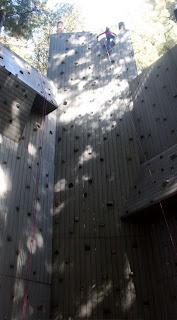 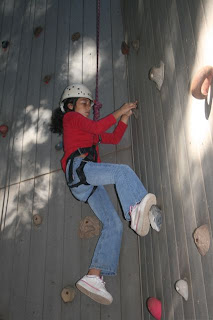 I haven't posted anything in a long time because basically my life is still the same -- trying to get everything done in Santa Cruz so I can go back to Andre, and travel with him until he gets his U.S. visa.

At this moment our plans look something like this:

1. I still need to do my 2006 taxes, finish editing the DVD of Maya's memorial party, make copies and distribute them, get my Brazilian visa, get our airline tickets, collect stuff to take to Dominican Republic and Haiti, print up all the photos I promised everyone in those countries, etc. etc.

2. Around Sept. 20 I will fly back to Santo Domingo. We'll be together in Dominican Republic for our friend Nena's baby which is due Sept. 30. We also plan to go to Cabarete to visit a hotel and racquetball club owned by an American and his Dominican girlfriend who we met in Santo Domingo.

3. Before October 9 when Andre's Brazilian visa expires we will fly to Brazil. His visa is good for 3 months (mine will be valid for 5 years I was told), so we hope to also visit Argentina and Chile during that time. My cousin Zak lives in southern Chile. He offered to meet us in Brazil. Also, my friend Gabriel is studying in Uruguay. It would be great to see him. We have a pretty open plan. I would love to go back to Bolivia and visit as many former racquetball students as I can still find. I taught racquetball there for a month in 1983.

4. Return to D.R. around January 5. We want to go to Jamaica. Maybe my niece Alex and my friend Pria will be able to join us there. Pria also mentioned St. Lucia. I don't know anything about it, but why not? We have until Feb. or March for the U.S. visa. We may go to Haiti right away and then again on our way off the island. Or maybe we'll just wait until we're leaving for the U.S. because Andre wants to leave a lot of stuff with his mother since he'll be giving up his apartment in Santo Domingo. It's really small, basically a room with attached bath, but it's only $60 a month, so we haven't worried about keeping it until he leaves for good. It's always a good idea not to burn your bridges.

5. Andre goes for his interview whenever the U.S. Consulate informs us that they're ready. Hopefully, he gets the visa. Otherwise, we'll be trying to figure out which country besides the U.S. we want to live in. I really don't want to live on a Caribbean island. Too hot and sweaty and small and expensive for me. Assuming he gets the visa, we pack up, go to Haiti and fly to California. We'll probably have some kind of party to introduce him to everyone, or maybe we'll just make the rounds, or you can drop in on us at Maple Street. I'm so excited for everyone to meet him and for him to meet everyone. Like I tell him, you have tons of friends waiting for you.

6. The U.S. Immigration service gives us three months to get married or send him back. So that would mean a May or June wedding, possibly at our old Walnut house, thanks to the hospitality of new owners Pam and Ray. We'll probably go to Kauai for our honeymoon since we can't leave the U.S. Also that was a place that Maya wanted to go because Hilary Duff celebrated her 16th birthday there and we watched the video over and over. Plus, I have friends who have a timeshare there.

7. It takes about 5 or 6 months for Andre to get his U.S. residency. He can't leave the country during that time. So, we're telling his family that we'll be back down in December 2008 for a wedding reception for all the family and friends in Haiti. That will be almost as big a party as the one in Santa Cruz. He has nearly as much family as I have friends, which is a lot!

In the meantime, at least once or twice a day we talk via Skype, with calling cards, Gmail chat, and email. It's hard for us to be separated, but in a way we're used to it since most of our relationship has been spent apart. Our first separation lasted 7 months, the next 3 months and this one 2. So they're getting shorter each time. I really hope everything goes well at home in Santa Cruz, with my rentals and all, so I don't have to break off my trip early and come back without him again.

For Labor Day weekend I'm at Kennolyn Family Camp in the Santa Cruz mountains. I invited Maya's friend Reyna whose family moved to Sacramento. We're having a good time, but I should have invited her cousin Isabel too, so Reyna would have a buddy. Reyna's kind of shy and sticking to me a lot. Maya, the social butterfly, was all over the place, making friends with all the counselors and practically running the camp. But Reyna is very athletic and fearless so she's been doing great on the climbing walls, ropes course, horseback riding, vaulting. We spent most of the afternoon in the pool because it's so hot.

I can't believe I'm planning the next year and a half of my life. Wouldn't that be a miracle if it all went according to plan?
Posted by Carole Chelsea George at 8:24 PM