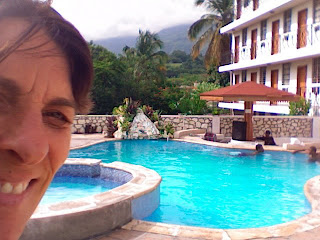 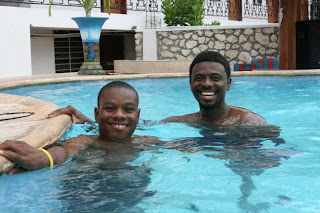 Each time we go to swim at the Hotel Villa Imperial we try to invite another friend or family member. This day we took Andre's younger brother Reginald. Like many Haitians, he doesn't know how to swim, but at least he wasn't afraid of the water. The two guys in the Andy Warhold-style photo (below right) are the DJs at the poolside who keep the Haitian music blasting. 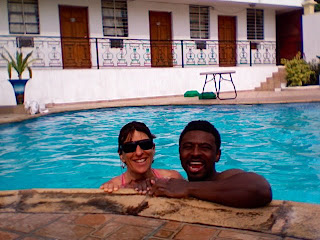 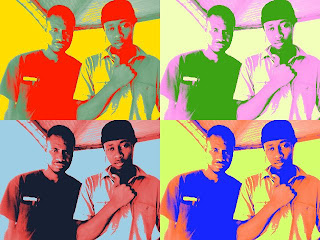 A couple of notes on life in Haiti: Most of the cooking is done with charcoal, which explains the 95% deforestation of the country. On the Dominican Republic side of the island, they cook with propane gas, but that's more expensive, so the Haitians still use charcoal. Also, most of the water is brought up from wells. Many of the houses, such as Andre's family's house, has American style plumbing, with a water tank on the roof. But the problem is there's not enough energy to pump the water up to the rooftop. I'm not really sure why they couldn't collect rainwater since we've been getting a good downpour almost every day that we've been here, usually in the late afternoon. Solar energy would also be a great idea, if the panels weren't so expensive.

Andre's brother Johnny is a police officer and has a decent salary, so he was able to buy a car since we were last here. But since all automobiles have to be imported from the U.S. at great expense, not to mention the import tax, even an old junker is prohibitively expensive. And gasoline is even more expensive than in the U.S. 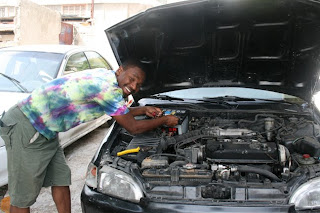 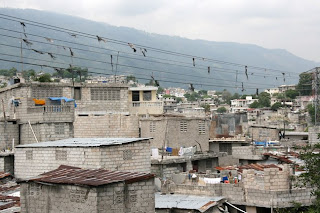 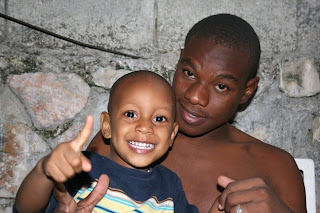 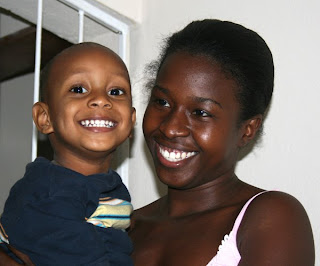 Both old and young enjoy posing for the camera. I'm pictured here with some of the many female cousins who live next door to Andre's folks. 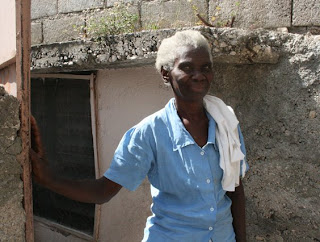 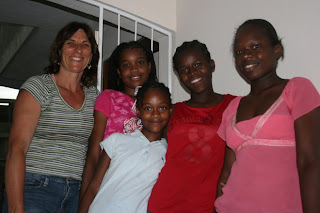 Cousin Sherly and I are in contact via email. Andre's godson Gregory is one of Sherly's many siblings, pictured here with a sister. The Haitians like to imitate the American rap stars by pretending to flash gang signs. But it doesn't mean anything here. 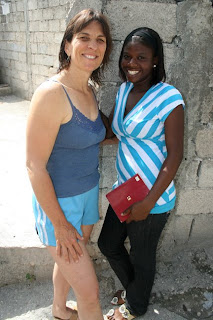 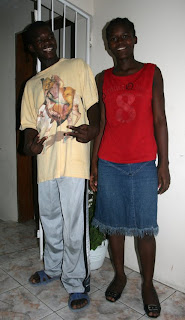 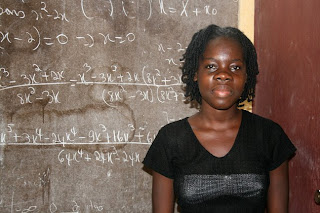 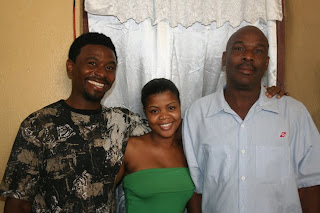 You might be eligible for a new government sponsored solar rebate program.
Click here to discover if you're qualified now!