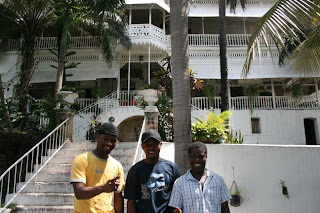 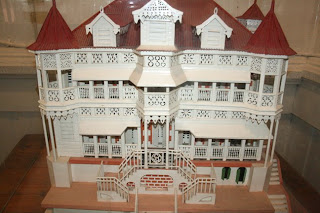 Andre introduced me to a Haitian rara music group called Ram. It's led by Richard Morse, who on first glance, doesn't look Haitian, but he comes by his talent naturally from his mother Emerante de Pradine. She was the first recording artist of Haitian voodoo music (rara). Richard also manages the historic and infamous Grand Hotel Oloffson overlooking downtown Port-au-Prince where his band performs every Thursday. Unfortunately, we were planning to be out of town on that day. 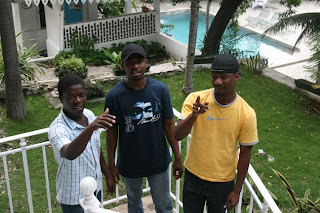 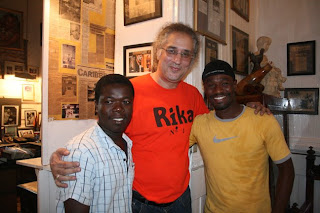 Andre's brother Johnny drove us in his car to check out the Oloffson Hotel. We were lucky to find both Richard and his mother Emerante there. He even posed with all of us, along with our friend "Coach", for photos. Their English reflects both of their U.S. ivy league educations. 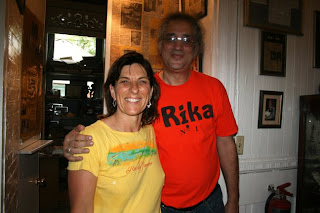 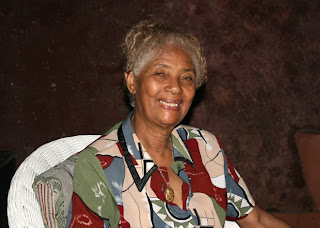 Andre's family is Christian, so they don't practice voodoo, but many Haitians do. The Oloffson Hotel is filled with beautiful and interesting voodoo art and statues. It was also the setting for Graham Greene's novel "The Comedians." Many international journalists, dignitaries, eccentrics and world travelers have stayed at the hotel. 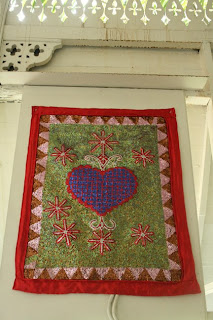 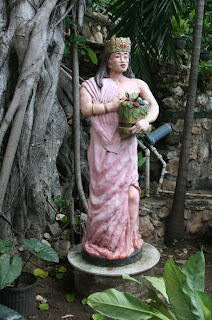 I used the wi-fi while we sipped our delicious mango and lime drinks. I checked the AA Baggage status to find out that our bags had finally arrived. Johnny drove us through downtown Port-au-Prince to recover them. I like this part of the city the best, with its National Palace, museums, parks and plazas, statues, and older colonial architecture. 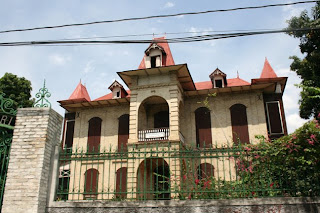 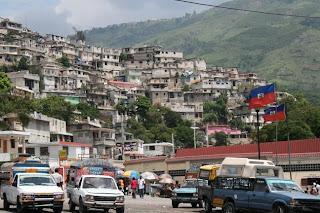 You can see the main cathedral peeking above the street scene (below left). Motorcycle taxis wait for new customers (below right). 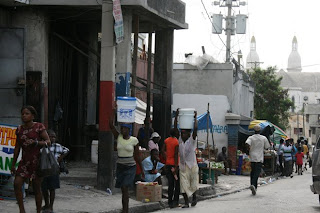 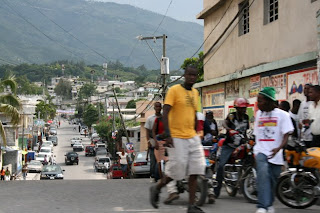 When we got home, Andre's Aunt Miche had made her famous Soup JouMou which has pasta noodles, potatoes, beef, and tomatoes, plus other ingredients. Very tasty. 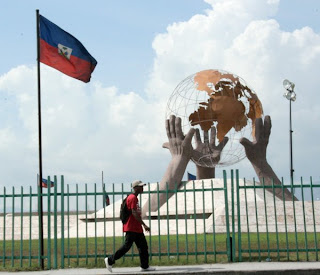 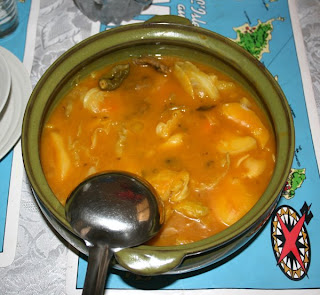 Andre and I are the family photographers whenever we visit. Here he is with his aunt Rosita on the left. That's his cousins Joanne and Sherly on the right. And the bottom shot is his sister Marjorie. 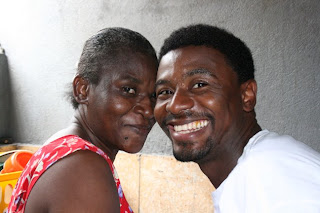 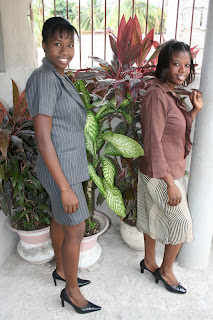 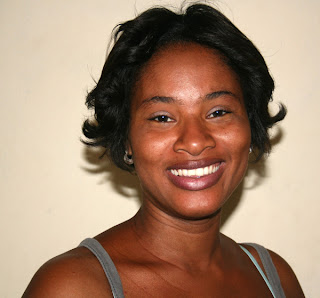