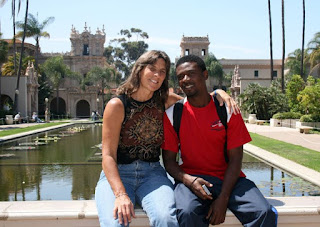 Andre and I arrived in Chula Vista, the border town where I grew up, on Friday night, June 13. We stayed with my niece Tiese, her husband Jason, and their two very large, active kids J'Shon, 6, and Jayla, 2. They were playing tennis on Wii, something that Andre and I had never seen before. It's pretty amazing to be getting a work-out while watching TV.

Saturday was a big day for Andre. He finally got to meet my dad and his wife Judith. I've already met Andre's large extended family in Haiti, and he met my cousins and their kids in South America for Christmas and New Year's. But he was both nervous and excited to be introduced to my nuclear family. As I expected, everything went really well. Judith is such a warm, loving person and made Andre feel right at home. My dad isn't as outgoing as his wife, but Andre liked him as well.

Daniel arrived on Father's Day. We picked him up at the airport and went directly to Zorba the Greek buffet. We invited my dad and his wife to join us. Last time my dad went there they had live belly dancers with extremely loud music. This time he was happy to see the belly dancers on TV with music at a reasonable volume.

We got to take Andre to another favorite restaurant for Hawaiian and Guamanian food. I used to be married to a Guamanian, which is why I'm blessed with so many nieces and nephews, even though I'm an only child. The restaurant is across from Southwestern College where I met my future husband at the racquetball courts. After lunch we went to play a few games on the larger-than-regulation-sized courts. 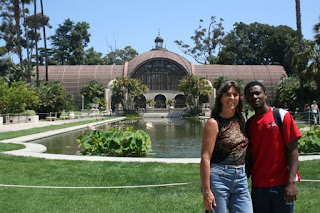 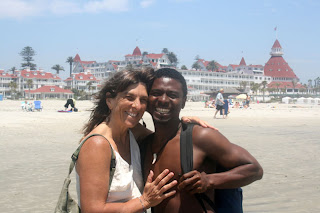 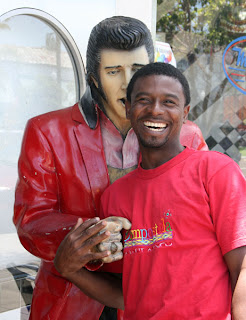 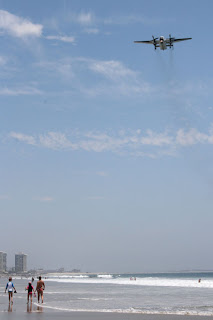 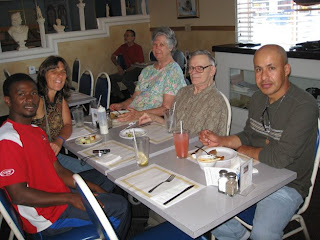 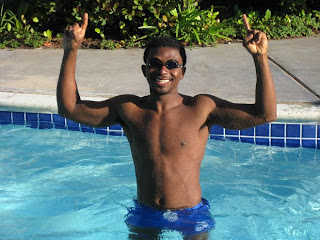 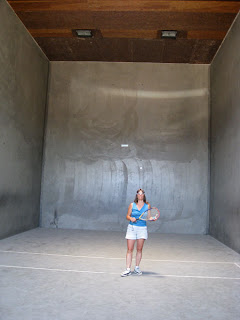 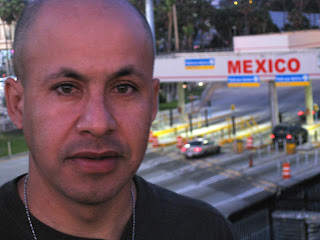 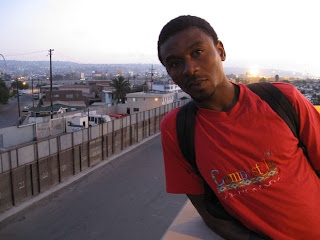 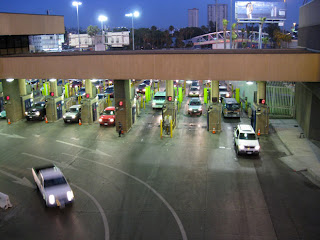 One evening, the three of us rode the red trolley down to the U.S.-Mexico border. Andre has a single-entry visa so we couldn't cross over, but at least he got a hint of Mexico. I remember whenever I traveled in Latin America I'd have my dad drop me off at the border (8 miles south of his house). He'd always say, "Your rights end here." Obviously, he's not crazy about traveling abroad, but I've always loved other cultures.