Davao City is the third largest city in the Philippines, following Manila and Quezon City, with a population of approximately 1.7 million. It is located on the southern-most island of Mindanao, which most travel advisories warn you not to visit. So of course I had to go and had a great time. https://www.youtube.com/watch?v=dEdse9rJP4E
"The Mindanao island group is home to majority of the Filipino Muslims in the Philippines. It is where 93% of the entire Islamic population resides. Of Mindanao's 24,135,775 population, Muslims make up about 23.39% of the island's entire population."
It is also home to current president Rodrigo Duterte, who was long-term mayor. According to him, Davao became one of the safest cities in the world due to his strict Law & Order policies.
https://en.wikipedia.org/wiki/Rodrigo_Duterte#Mayor_of_Davao_City 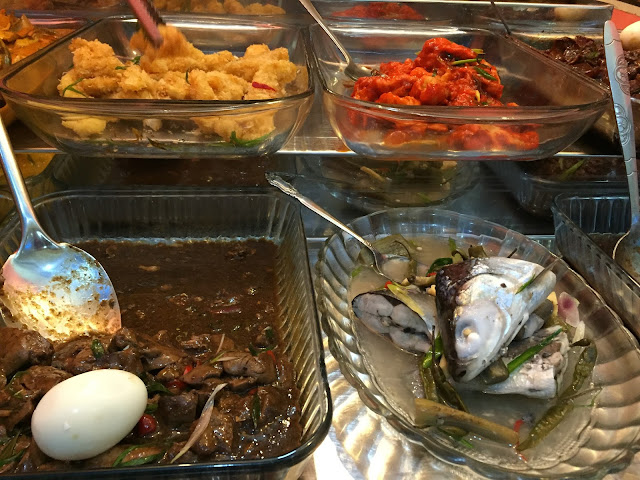 Some of the local delicacies of Davao City. While pork is one of the most popular foods in the Philippines, you won't find much in Mindanao because of the high percentage of Muslims. Compared to the other cuisines of the Philippines which are more Spanish influenced, the food in Mindanao is more Malaysian. 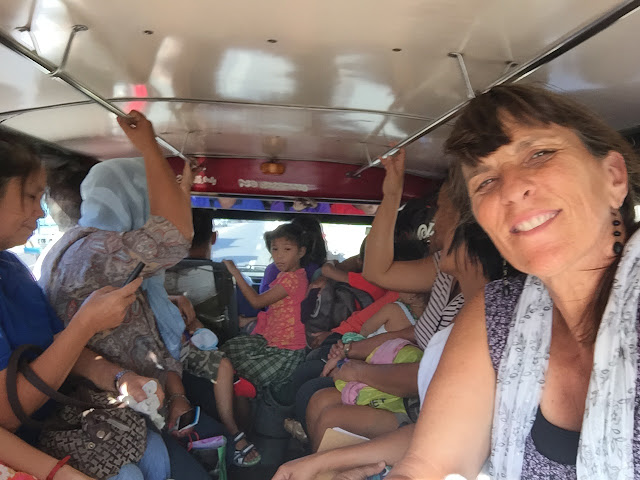 Getting around the city is easy by Jeepney. These vehicles were left behind after WWII and converted to city buses. https://theculturetrip.com/asia/philippines/articles/how-the-jeepney-became-a-filipino-national-symbol/ 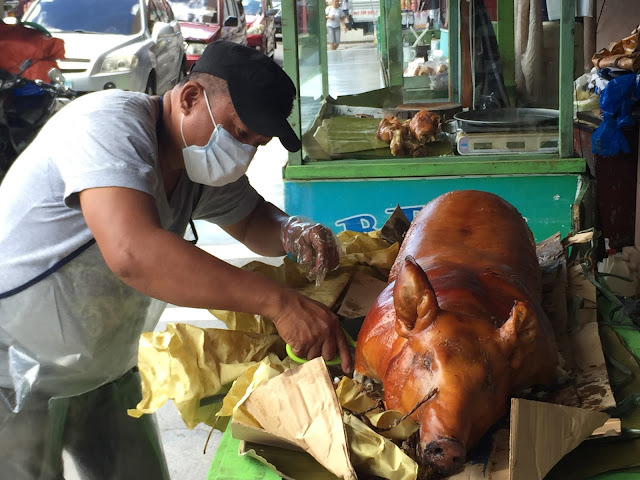 I just said that Mindanao doesn't serve much pork, but Lechon, roast pig, is probably the biggest delicacy in the Philippines overall. Even Anthony Bourdain declared the lechon in Cebu "the best pig ever!"
https://www.youtube.com/watch?v=QGjh4ab0SRg 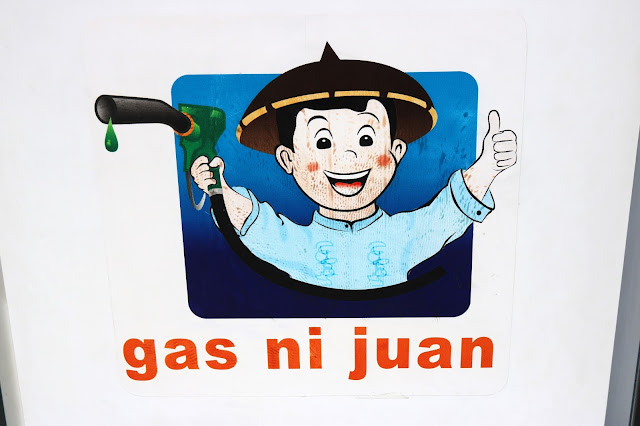 According to the website BeepBeep website, "Gas Ni Juan" is the best gas station in Davao. https://www.beepbeep.ph/list/gas-ni-juan-13341-davao-city-dumoy 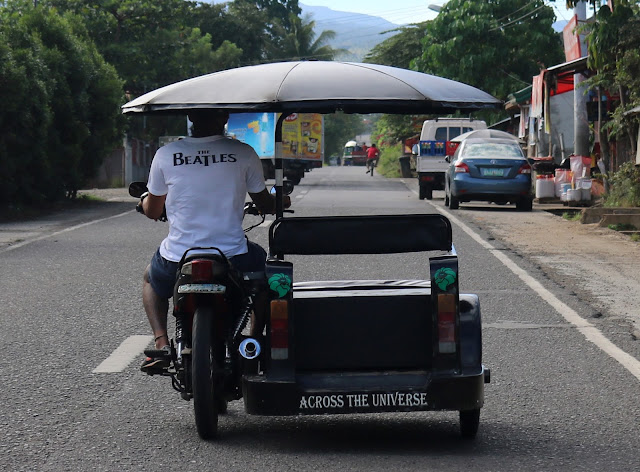 Obviously, this tricycle driver is a Beatles fan, and will take you "Across the Universe."
https://www.youtube.com/watch?v=90M60PzmxEE 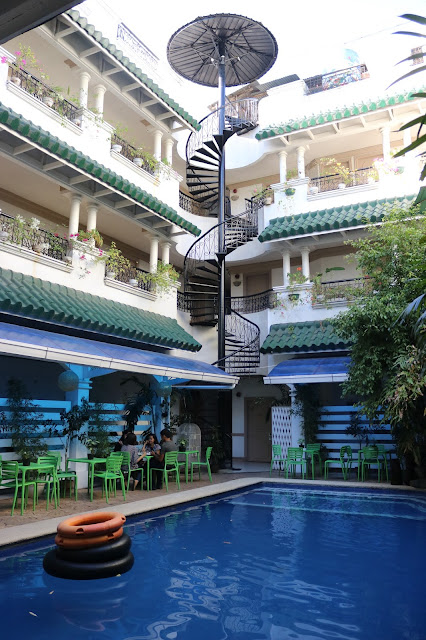 I stayed at the Hotel Galleria on Governor Duterte Street in Davao (Duterte is now president of the Philippines), conveniently located within walking distance of many attractions. It doesn't receive a very high rating online, but I thought it was a great value for the money. 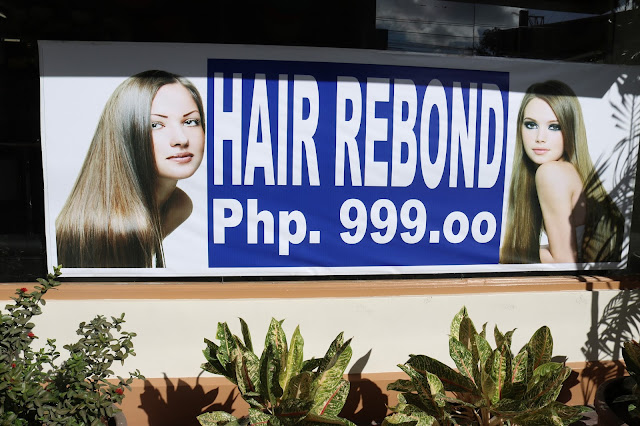 Hair rebonding is very popular in the Philippines, but I never heard of it in the US. They use a chemical treatment to permanently straighten your hair. However, the chemicals can damage your hair, and it will need touch-ups as your hair grows. Notice the models do not look Filipina. 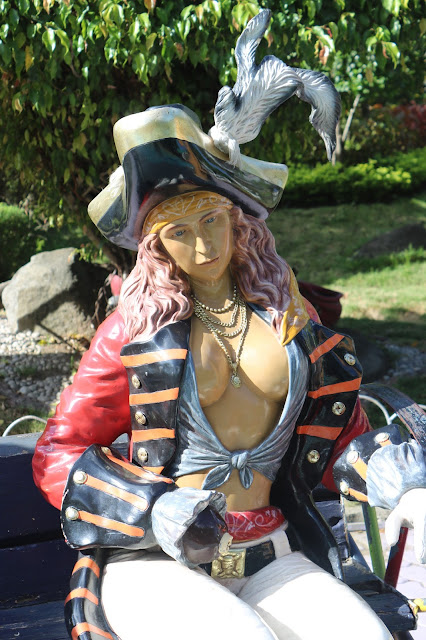 "People's Park" was the name chosen among 918 entries of the "Name the Park" contest organized by the city government. The winning name was by Romeo Sardon, a retired engineer and seaman. In December 2007, the project was 90 percent complete, with the other 10 percent to be implemented by early 2008. 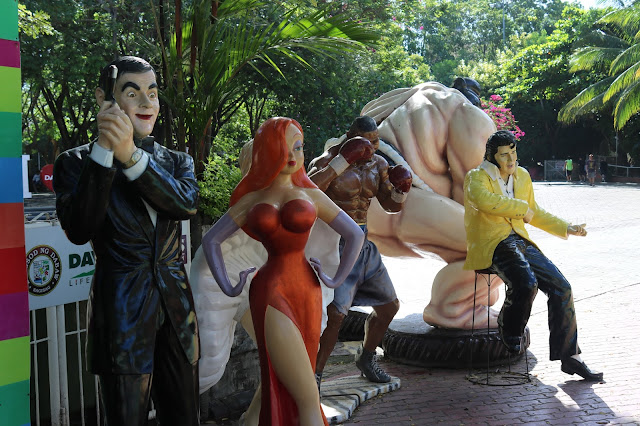 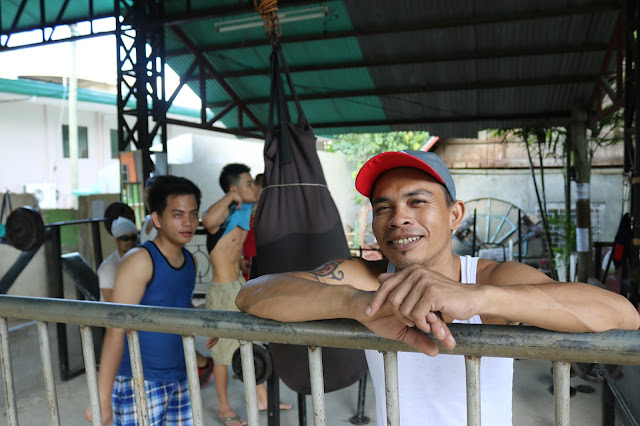 An outdoor gym. Boxing is very popular in the Philippines, partly due to the fame of boxing champion and now Senator Manny "PacMan" Pacquiao, who is from General Santos ("GenSan") in southern Mindanao. 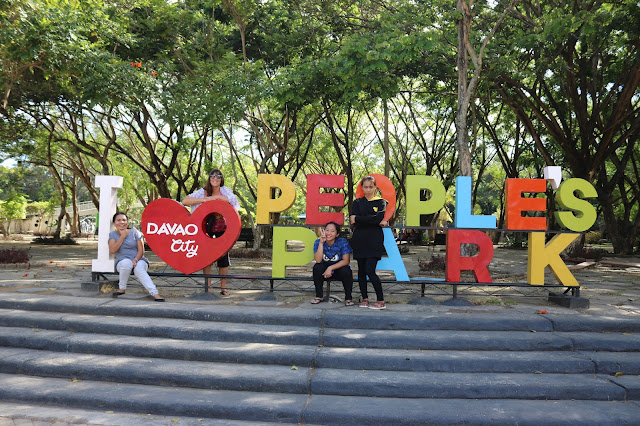 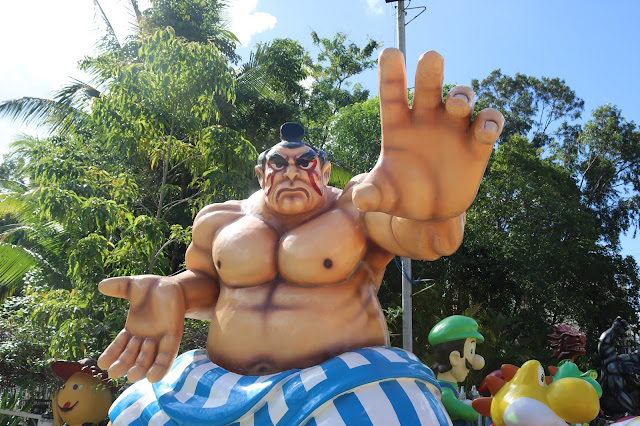 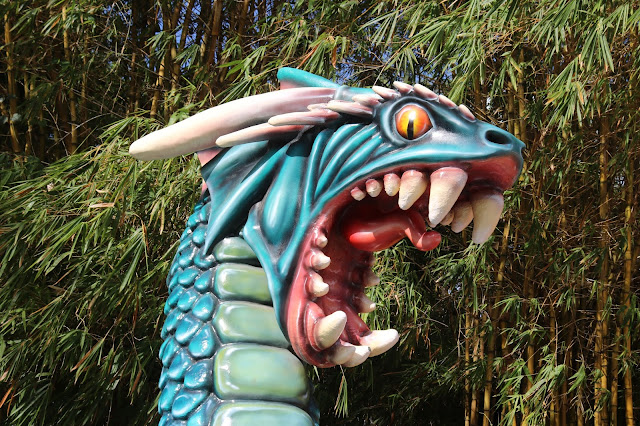 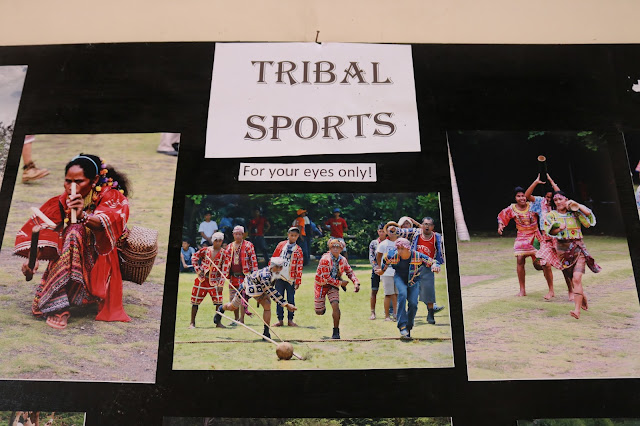 There are 11 tribes from the Davao area, 6 Lumad and 5 Muslim, featured at the annual Tribal Games Festival.
https://sports.davaocity.gov.ph/?p=86 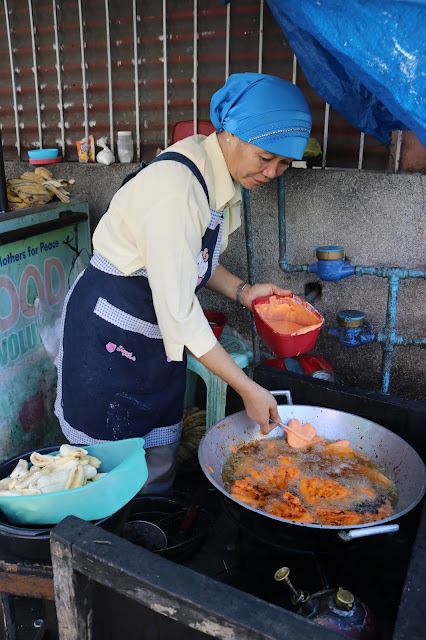 I'm not a fan of fried food, but these battered and deep-fried plantain bananas, dipped in sugar, are a guilty pleasure for sure. 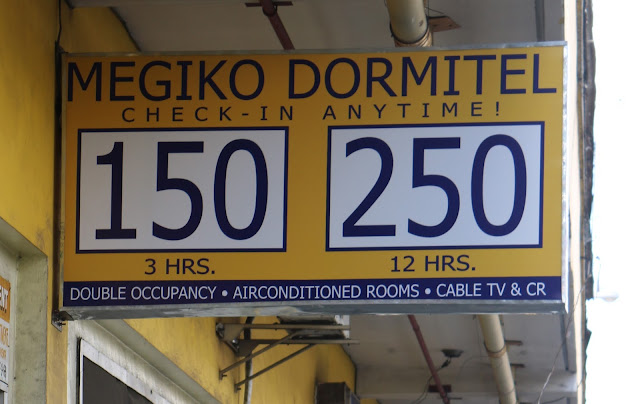 Why would anyone want a hotel room for just 3 hours? 150 pesos is about $3 US. Hmmmm, I'm wondering. 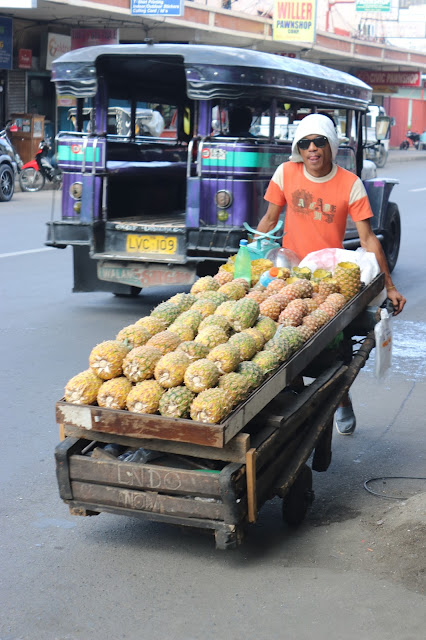 The island of Mindanao has an amazing variety and quantity of fruits and vegetables. We bought a whole bag of papaya for less than $1. And the mangos and pineapples are amazing too. 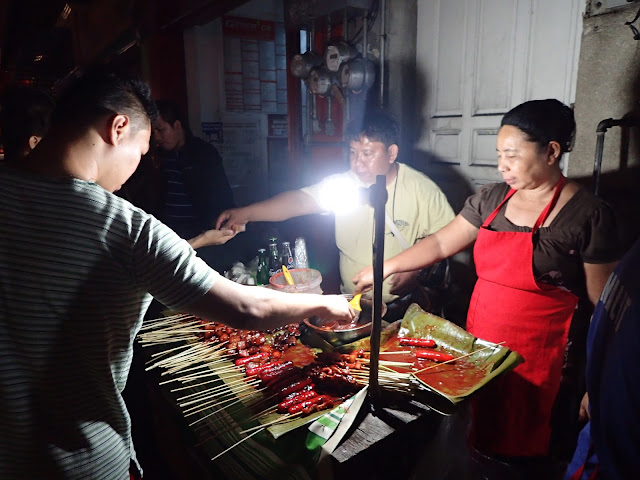 By night time, the street food vendors are still going strong. These are barbecued hotdogs on skewers. For some reason, hotdogs in the Philippines are usually red, due to food coloring. Many kinds of meat, even chicken intestines, are barbecued on sticks. 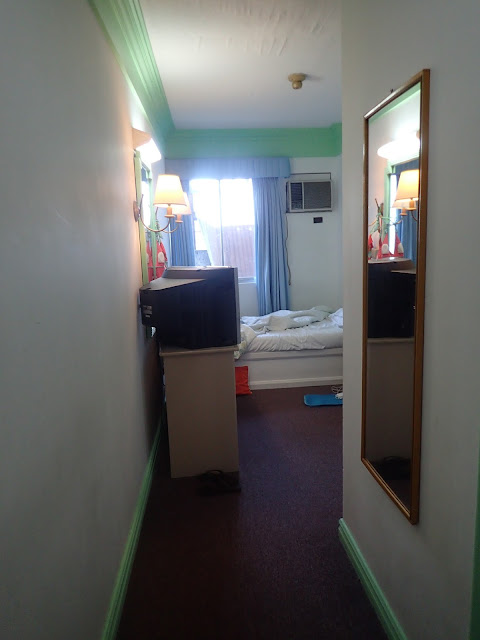 Inside the Hotel Galleria was nice enough, but the view from my room (below) left a little to be desired. 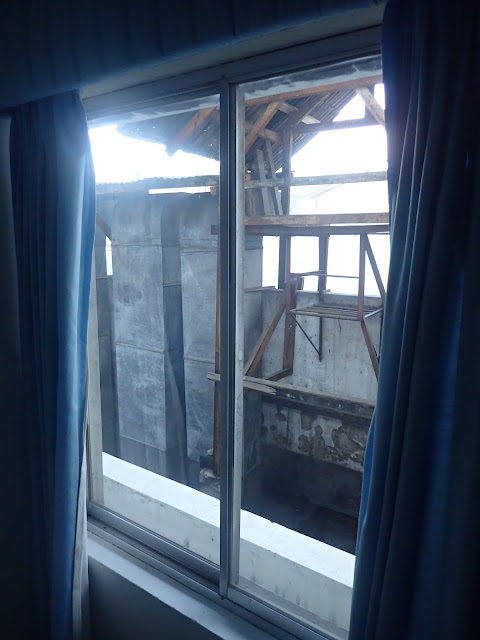 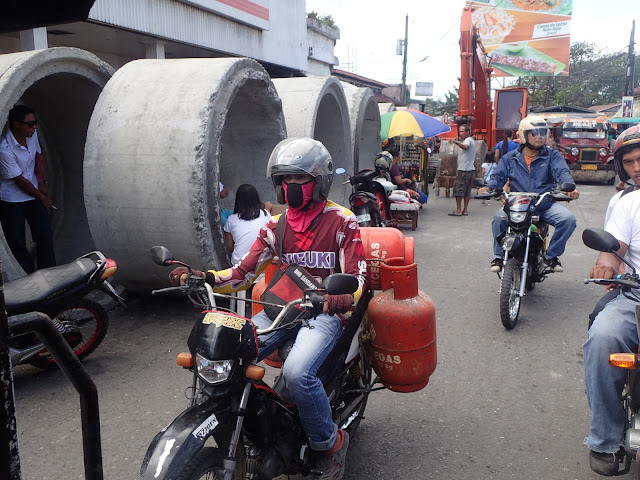 Getting around by motorcycle is the fastest mode of transportation, and economical.