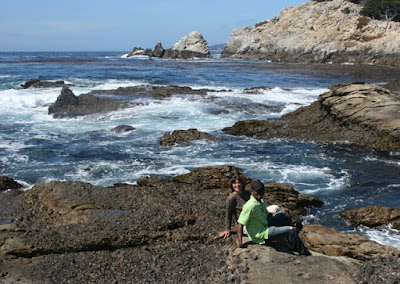 I swam laps for an hour in the morning while Andre went to the gym. Starting out around noon, we had five hours to celebrate our first wedding anniversary. We decided to go to Carmel-by-the-Sea, a 45-minute drive down the coast, since Andre had never been before.

Coastal Highway 1 is always scenic and relaxing. We stopped in Seaside for Mexican food (Andre's favorite other than Haitian food), then went onto Point Lobos, "The Greatest Meeting of Land and Water in the World," according to their California State Park website. 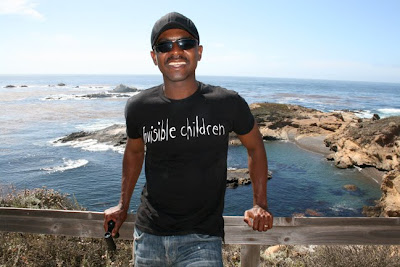 Many great photographers, such as Ansel Adams and Edward Weston, have been inspired by Point Lobos. We mostly took photos of each other and asked others to photograph us together, to commemorate our anniversary. We hiked up and down and admired the harbor seals -- the stubby cousins to the more elegant sea lions who hang out around the Santa Cruz municipal wharf and "Seal Rock" by our lighthouse. 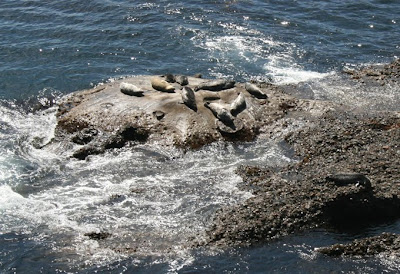 We also visited the Carmel Mission, one of California's 21 missions built along "El Camino Real" in the late 1700s by Spanish padres. Supposedly, they're all a day's walk apart, starting in San Diego at the Mexican border and ending in Sonoma, just 20 miles north of San Francisco. 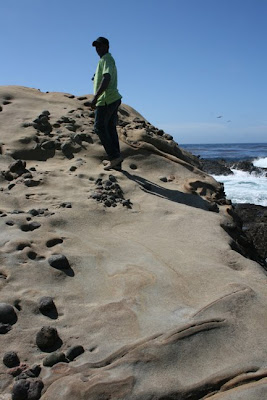 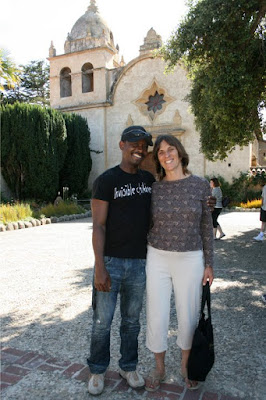 I showed Andre the cemetery, the Indian museum, the chapel, the gardens, and the gift shop. The Santa Cruz mission is one of the few that no longer exists. It was destroyed in the mid-1800s by a combination of neglect and natural disasters. The Holy Cross Church was built on the original site, while a half-size replica stands facing Mission Plaza, next to the Catholic school. 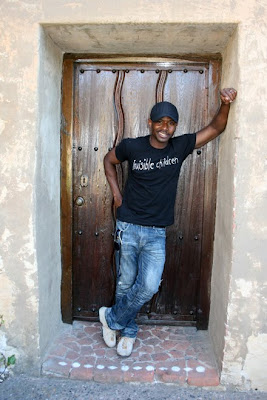 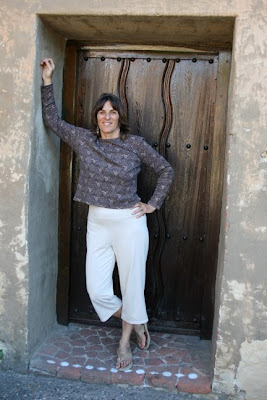 I hadn't been to Point Lobos or the Carmel Mission since Maya died. I remembered all our visits to those places and the beautiful photos of happy days together. I asked Andre to take a picture of me in the same spot where I'd held baby Maya for a photo 11 years earlier. 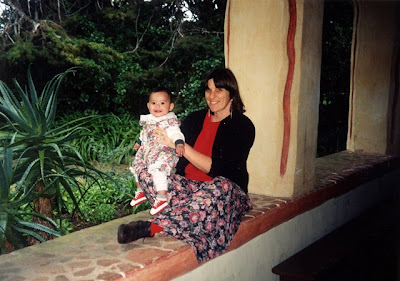 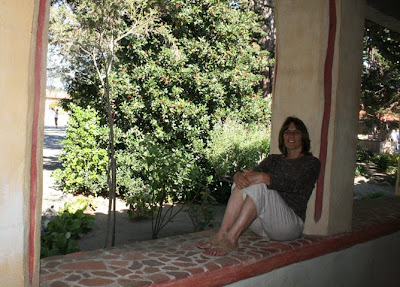 I would have liked to show Andre the cute little shops of Carmel, the art galleries, and the white-sandy beach, but we were out of time. At least we saved something to see next time.
Posted by Carole Chelsea George at 10:51 PM