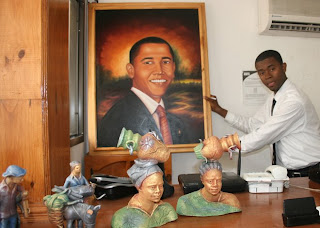 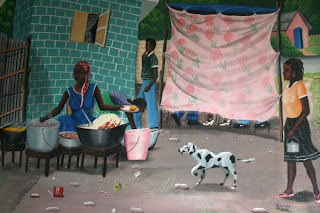 This is not a political blog, but I have to admit how happy I was to see this huge painting of our new president Barack Obama in the Villa Imperial Hotel in Port-au-Prince. I don't remember seeing any paintings of George W. Bush on my earlier trips to Haiti. The hotel is a 5-minute walk from Andre's parents' house where we're staying. For $5 a day we use the pool, electricity, and wi-fi. We also admired other paintings in the hotel restaurant. We're still hoping to buy some Haitian art while we're here, but it's hard to know where to buy it directly from the artists. Mostly, it's sold by vendors on the streets. 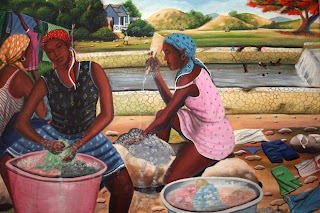 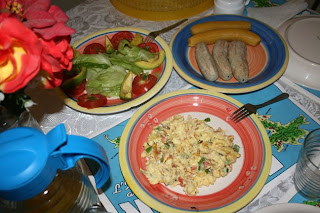 The photo on the right shows our first breakfast in Haiti, prepared by his mother Maude, a fabulous cook. As you can see, there are more than one kind of cooking plantains here. It's also mango season, so Andre's in heaven. I miss the sweet potatoes and eggplant dishes Maude made before, but they're out of season. 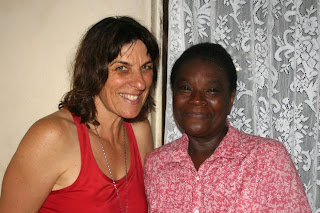 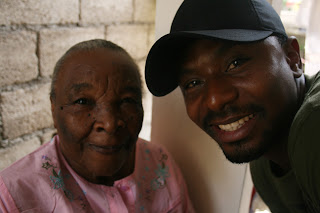 Here I am with my mother-in-law Maude. She and her mother (pictured with Andre) are the sweetest people you'll ever meet. I feel guilty because Maude waits on us hand and foot, preparing all the food and hand-washing our clothes. I asked Andre to assure her I'm not this useless at home, but I'm not really sure how to help out here. At least I can see how much she enjoys having her first-born son at home for a 12-day visit. 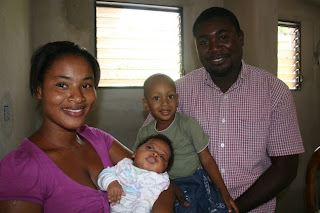 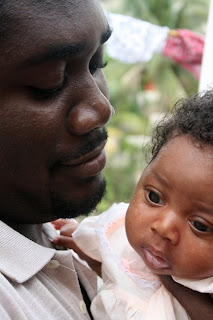 Andre's sister Majorie gave birth to Lyse-Mia on May 1, 2009. Now 2-year-old Joel has a baby sister. Andre is her godfather, so we've been planning a big family party for about 75 guests on June 21. We had hoped to baptize her that day, but there are elections in Haiti that day, so the priest couldn't do it until the following weekend. Proud father Lesly holds Lyse-Mia. 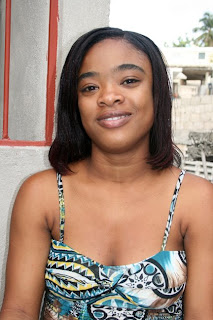 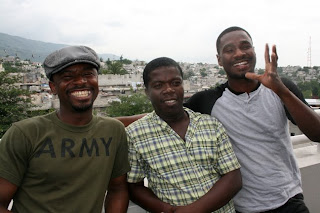 Andre's sister Beatrice on the left is a teaching assistant. On the right, Andre poses with his friend Louanes ("Coach") and brother Johnny who is a police officer. 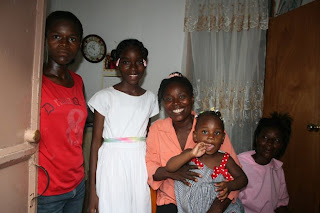 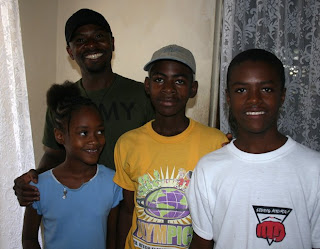 Andre has lots of cousins. It seems like we spent the first three days just making the rounds and saying hi to everyone. At first when we were planning the party, Andre and Lesly thought we would only invite about 50 people. I warned them that there were easily that many just in the neighborhood. Sure enough, I was right. And that wasn't even counting Lesly's side of the family or the relatives who live in other neighborhoods of Port-au-Prince.