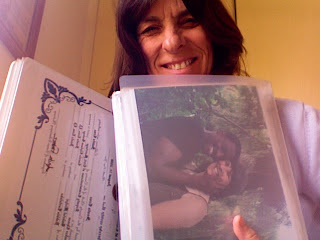 It was 8:30, the time of our original appointment, when we left the building. Right away Andre said, "oh good, I can still go to my ESL class." I had hoped to spend the day in San Jose, going out for breakfast to celebrate, followed by the science museum. But I admire his devotion to his English studies, so back to Santa Cruz and our daily routine we went.
Posted by Carole Chelsea George at 9:19 AM

Yeah, Chelsea. I was impressed with, although not surprised, with your preparation. Glad it went so well.