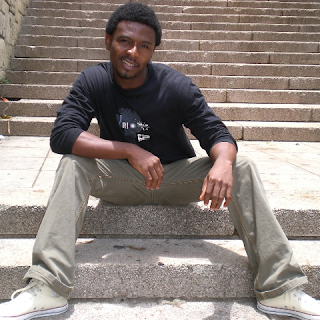 Now it seems weird how freaked out I used to be about our 20-year age difference...until we got together in March. Age is hardly an issue anymore. Shoot, if Demi Moore can do it, why can't I? I remember one friend said, "I'm glad you're with someone 20 years younger. Maybe he'll be able to keep up with you." Just barely. I tease Andre that he's the older one because he's more conservative, not as adventurous, and he even likes to rest or take breaks sometimes. And I can still beat him 15-0 in racquetball, although lately he started getting a few points sometimes. We'll see what happens when we're reunited in early September. He's got a coach and practices a lot. And in case you hadn't noticed, he's in excellent physical shape.
Posted by Carole Chelsea George at 1:25 AM