Leaving Las Vegas on New Year's Day, we drove through miles of desert, hung a left into Death Valley, came out alive, then turned north towards Snow Country. As night fell, we splurged on a nice hotel in Bishop with an indoor heated pool, jacuzzi, and big TV with all the channels. Naively, I had thought we would cut home through Yosemite, not realizing that they close the pass as soon as the first snow falls. The hotel clerk told us we had two choices: go south, back the way we'd come and head home through Bakersfield, or risk going north through Reno, possibly getting snowed in. 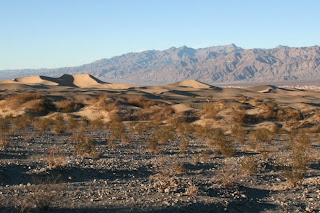 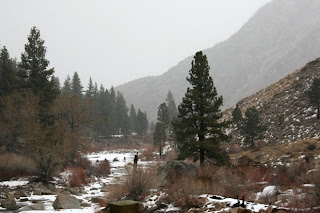 The next morning we decided to go north. Andre had never seen snow before this trip, so we wanted to be sure he got a good taste of it. The scenery was gorgeous and the little towns adorable. Not only did Andre get to see snow, he drove in it for a while, until it got too heavy. Then Daniel or I took turns, as if we're experts at driving in snow storms. We kept hearing rumors that they'd closed I-80 or that chains were required. So we charged forward without stopping except for gas and food. I called a childhood friend in Tahoe, but all roads off the interstate were closed. Besides, we didn't want to get stranded for days until they plowed our car out.

By the way, for you young'uns, that's an outhouse -- or outdoor bathroom -- on the left. I'm glad I don't have to get up at night and trudge through the snow to go pee! 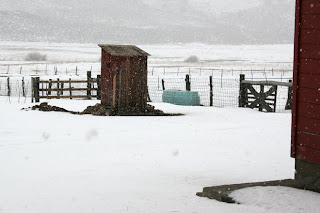 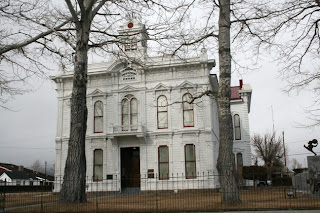 Daniel and Andre had stopped at an Army surplus store in San Diego before the new year. Somehow I don't think their camouflage worked well in this weather. They should have been wearing white like me and the snow bunnies, so they could blend in. 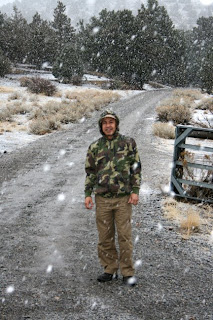 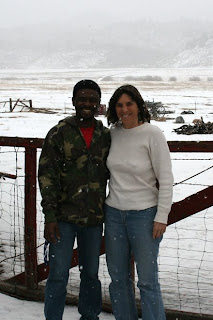 On January 16, 2009, the 2nd anniversary of Maya's death, I played in the National Women's Seniors/Masters Racquetball Championships, in Canoga Park near L.A. I had never played against women in my age group before, but I was optimistic after beating most of the men up at the university racquetball courts in Santa Cruz. Boy, was I in for a surprise! The winner of my division (50-54 years old), Debbie Tisinger-Moore, is a 20-time national champion and finished undefeated. Check out Reta on the left in the photo below. At 80 years old, she's still competing. Her good friend and opponent Mary Low Acuff made the patchwork quilt that I won in a silent auction, pictured below. It's pieced together from some interesting tournament t-shirts. Mary Low died a few years ago and Reta says the tournaments haven't been the same since. Can you find me in the group shot? Good luck. I'm the brown-haired spot near the top right. 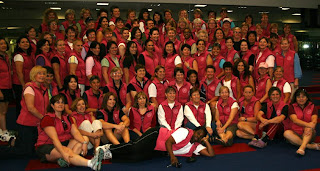 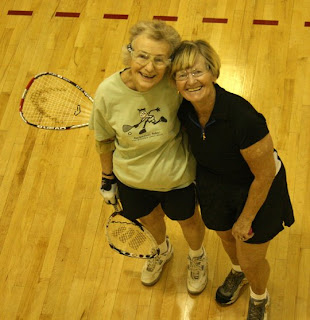 Here I am in my fluffy pink tournament vest with Nidia from the 55+ division. Doesn't she look fabulous. This was the 20th annual Seniors/Masters nationals, but only my first. I'll definitely be back for more next year -- and hopefully better prepared. 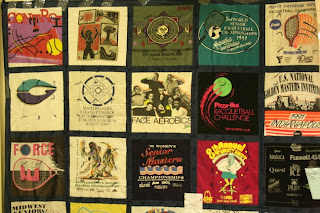 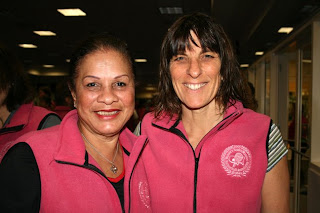 The organizers of the tournament were very thoughtful and scheduled all the matches in the mornings and evenings, giving us the afternoons to go out and do other things. In 80-degree sunshine, Andre and I headed down Topanga Canyon Road to Santa Monica Beach. It was a day that Maya definitely would have loved. I bought California license-plate key chains with all our names on them: Andre, Chelsea, Daniel, Dany (his son), and Maya (our daughter). 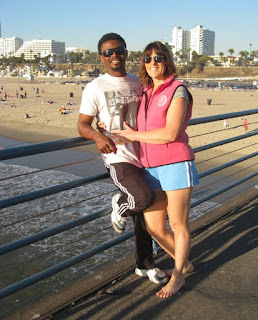 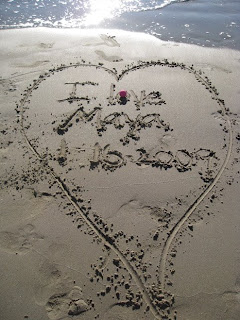 On Saturday, the second day of the tournament, we headed down to Hollywood between matches. Andre had been to Venice Beach before on one of our trips to San Diego, but Santa Monica and Hollywood were both new for him. I hadn't been to Hollywood since it became such an amusement park. I looked and looked for my footprints in the sidewalk, but couldn't find them. 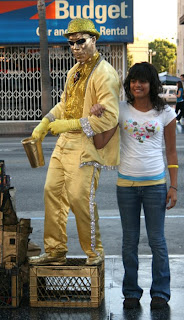 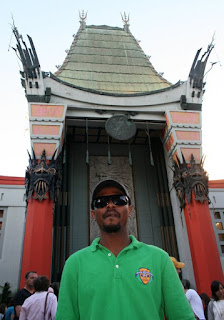 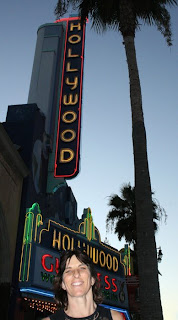 On January 20, 2009 we inaugurated a new president, Barack Obama, the first African-American president of the U.S. -- and the city of Santa Cruz went crazy (well, what's new?). While thousands huddled in the freezing DC weather to hear him speak, dozens of Obama fans gathered in downtown Santa Cruz to sing songs of peace and hope and celebration. We watched the speech later on YouTube. 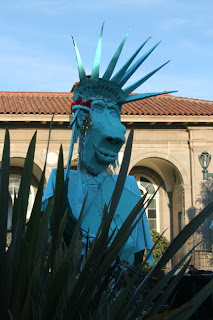 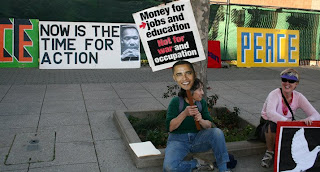 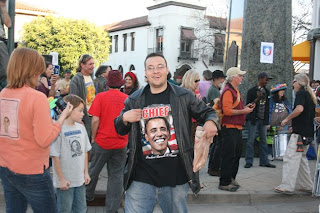 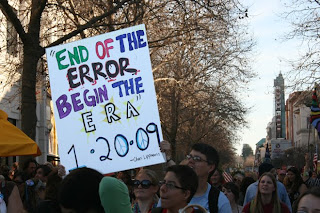 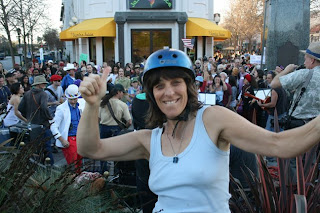