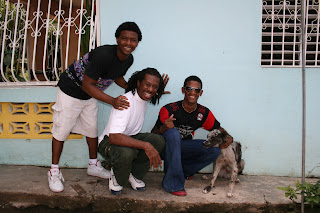 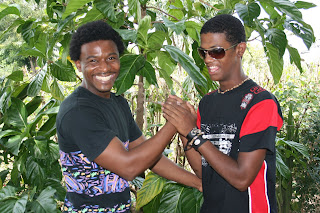 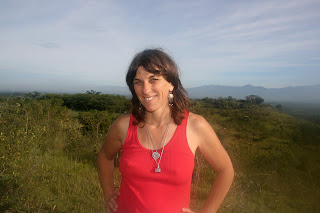 Even more bad news. I wonder how I'm able to write this without slitting my wrists. I broke down and paid 545 Dominican pesos for 15 minutes of phone time with a representative of the U.S. Consulate in Santo Domingo. I never heard of paying to ask questions, but I wanted a more definitive idea of how long the wait list is for a fiance visa in the D.R.

Now I know: 19 months! That's right. NINETEEN MONTHS! I wrote my immigration lawyer the bad news and she wondered it that's from the time they received our application (May 20, 2007) or from the time our case arrives in Santo Domingo, which hasn't even happened yet. So the earliest it would be is December 2008. Looks like Andre and I won’t be coming to Santa Cruz together for a long, long time.

The information guy did say that on the average we should get the interview package about a month before the interview date, so that's good news. I'd hate to think they would send it just days before. Once we get a case number, which hasn't happened yet, we should be able to check our status online and see how close we're getting to our appointment. I don't have to go with Andre, but I know he'd appreciate it.

Another fiasco happened today at the airport when we should have been boarding for our 20-hour, trip to Sao Paulo via Costa Rica and Peru. The move from Andre's apartment went well yesterday. My friend Claudio was delayed due to truck troubles, which he was able to repair in time. I managed to get everything into one load as I'd promised Andre. We tied it up with wire since that's all Claudio had. And best of all, it didn't even rain, though it´s been raining off and on every day, sometimes very strong. When we got to Junior's house, the guys all came downstairs and unloaded the truck in minutes. So that was good.

We got to the airport at 6:30 a.m., 2-1/2 hours before our flight and they hadn't even opened the Taca Airline counter yet, although a line was forming already. For some reason, when it was our turn, I said to Andre, "I hope we're not in for any surprises." I had one myself on the way out of the U.S. when I was forced to purchase a return ticket. I´d been so happy to buy a cheap one-way ticket since I don´t know when I´m coming back to the U.S. I've already cancelled that random flight that I had to buy, and I banked the credit with Jet Blue minus a $35 service charge. So what did that prove except that they could get more money out of me. I'll use the credit for either my friend Debbie in December or Maya's dad in January.

Turns out, Andre misread the date July 4 for July 9 on his Brazilian visa. It had to be activated without 3 months of issuance. That meant his visa expired two days ago. I guess I should have double checked the date, but never guessed he would misread it. He still insists that the ¨4¨ loks like a ¨9,¨ but it doesn´t to anyone else. Oh well, things will work out.

I tried with all my chutzpah to convince Taca employees to let us fly to Peru only where Andre doesn't even need a visa. Our flight goes through Costa Rica and Peru on the way to Sao Paulo. But they couldn't do it; neither could Expedia online. The Expedia clerk asked to talk to the Taca clerk, who miraculously spoke English, but it was just too last-minute and too crazy to reissue the ticket.

The good news is I remained calm and didn´t make Andre feel any worse than he already does. We changed our reservations to October 16 and have our fingers crossed that the Brazilian consulate will take pity on us and issue him another visa. If not, I'll have to pay even more penalties by changing the itinerary and the dates. But the Brazilian consulate was nice to us last time. Let's hope they are again. Andre thinks it's because of the soccer connection. I think it's because he's traveling with an American.

So, we're trying to make the best of these bad situations. We're talking about moving to Vancouver for as long as we can while waiting for the interview date. And now we'll have time to go to Puerto Plata to check out the beach resort L´Oase and racquetball court, owned by an American named Joseph who we met at the Santo Domingo courts several months ago. Andre's embarrassed to run into friends here in Santo Domingo and have to explain what happened. So of course I'm publishing the whole scandal on this blog. But how else would I explain 10 lost days? Besides, sometimes the best adventures or opportunities come out of wrong turns.
Posted by Carole Chelsea George at 8:06 AM